Living in-between two worlds is not new for Kali MacDonald, but she sure knows how to explore different paths and seize opportunities to gain new perspectives. Her dual citizenship (she was born in Winnipeg but her mom is American) gave her the opportunity to spend her childhood between Manitoba and North Dakota, experiencing two countries and two cultures from a young age.

While growing up, her favorite movies were Top Gun and Point Break, two classics that are far from being a Disney fairytale, but spiked her interest in storytelling. “The dialogues, the story, the action, everything in these two movies is just right. It gives you a shot of adrenaline, a willingness to fight,” she says. Another huge influence on her formative years was the American author Kurt Vonnegut. “I was also interested in his work because his satirical and almost visual writing style often resulted in the same “spark” that the movies give you,” comments Kali.

Soon Kali started writing her own tales. She also developed a new interest in hieroglyphics, becoming fascinated with their symbolism and their use by ancient people. “The idea of building a whole message using just some symbols gathered my attention. There’s so much that can be said in only one image, it’s another form of communication,” she explains. Although she wasn’t a kid that was drawing all the time (a common trait for designers) she found ways to create impactful messages using her skills as a writer along with her talent for visual representation.

“When I was in school we had these vocational programs that allowed us to choose some extra courses. I chose engineering and design, with focus on the first one,” she explains. “When I left for college, all my scholarships were for engineering courses; but about one year into the university, I felt that wasn’t really my call.” That was when she decided to give design a chance, since she had already noticed her natural talent for it, and fell in love with the concept of “telling by showing.”

After she graduated at the University of Manitoba in 2015, she started looking for an agency job. However, the lack of constant communication was discouraging. “I decided to start sending emails to any designers or companies that interested me. I would be like “hey, I know you are not hiring now, but I’m here,” she remembers. That’s how she crossed paths with Shaun Vincent, owner of Vincent Design, in 2016.

“Shaun sent me an email setting up an interview for the next day. I got my portfolio, my professional outfit, I was fully ready. When I arrived he said he had already checked my portfolio and he really liked it,” she comments. Soon, she was collaborating on projects and continuing her growth as a designer and visual communications professional.

Being under Shaun’s creative wings opened Kali’s eyes for a new approach to design and storytelling. His commitment with developing materials that could really represent the agency’s clients and partners in a unique way motivated her to get immersive in the projects she works. “Shaun is one of my inspirations, not only because of his distinctive artistic talent, but also due to his philosophy of researching topics in a deeper way. Research is a daily task for all departments at VD. There’s nothing in our projects that was added there for no reason or just for the aesthetics,” she explains, “It’s important to us to understand each project and make sure that we are creating the right message with the right elements.”

The eagerness for knowledge she experiences at work is also part of her day-by-day at home. “I’m lucky to have such interesting people near me. My partner, Daniel, is another huge inspiration in my life. He is always improving himself, always studying, always growing. That motivates me to do the same,” she says.

Her motivation also comes from knowing her creative skills are being applied to matters that are important for her and for the society. One of her favorite projects was the Canadian Geographic Indigenous Peoples Atlas of Canada. “I worked on the Atlas for several months, and it was a very immersive time. I was working with the cartographer to get the maps right, I was working to source the images, calling artists, calling Indigenous People. When I look back and see all that I did for this project I’m impressed by the amount of work we did in a short period of time, but very happy with the result,” she says.

Other meaningful projects for her were the Every Child Matters (ECM) and the MMIWG2S+ campaigns for the Southern Chiefs’ Organization, and the National Student Memorial Registers for the National Centre for Truth and Reconciliation. “I knew they required special attention because we are talking about missing people, children that never made it back home, survivors. It’s important to remind ourselves of the impact our work can do for initiatives like these,” she reflects.

This impact is not only reflected in the engagement and visibility these campaigns received but also in the way the people interacted with them. “When we walk around Winnipeg, we see lots of graffiti and other things all over the place; but none of our billboards for ECM and the MMIWG2S+ were defaced. To me, that says a lot.” comments Kali.

As a person with so many talents and skills, it’s hard to pick just one word to define Kali, but she says she sees herself as a “conduit”, more than anything else. “If you think about it, a good design is always telling a story. It’s when images and words come together to send a meaningful message. I like to think about myself as someone who makes this possible, a channel that creates opportunities to tell the stories that need to be told.” 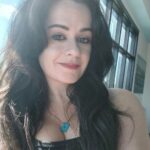