THE A-TEAM: FOLLOWING’S NOT REALLY HIS STYLE

The apple doesn’t fall far from the tree when it comes to Aarish Gilani, Vincent Design’s newest programmer.

For as long as he can remember, Aarish has always been fascinated by technology and the complexity of its composition. Breaking something down to its core and learning from the simplicity of its basics to then create something wonderfully complex is an interest he partially credits to the influence of his father, Asif, a mechanical engineer turned self-taught systems technician.

Aarish spent his childhood surrounded by stacks of his father’s software and engineering books, taking the occasional peek inside. Those small curiosities set him to walk in his father’s footsteps.

“After a while, people knew me as my father’s son,” said Aarish.

He remembers his father travelling to the Yavatmal outskirts for work and returning home with his beaten down van in need of repairs. Repairs that he and Aarish would work on together.

“It was always ‘pass me this wrench,’ and ‘shine that torch here,’” said Aarish, thinking back with a quiet chuckle.

Growing up as his father’s mini-me left a lasting impression on Aarish. He goes as far as saying that fixing up old cars might be the dream — but only after programming.

Aarish set his sights on the Indian Institutes of Technology (IIT), the prestigious, government-owned, technical institutes that are scattered across India, in hopes of following in the footsteps of the CEO of Google, Sundar Pichai. However, he soon realized he didn’t want to spend hours upon hours studying subjects he didn’t genuinely enjoy.

“I could learn more about programming on my own and explore other schools,” said Aarish.

Aarish applied and was accepted.

He graduated the following June.

“Sometimes you gotta run before you can walk,”

Technology is something that has a big impact on people’s lives; making them easier, and that’s exactly what Aarish wants to do. It’s an inspiration he shares with one of his favourite, fictional characters, Tony Stark.

Aarish explains his admiration for the character with a Tony-esque grin and a simple, “He’s Tony Stark.”

He adds that he appreciates Tony’s intellect and ambition, directness, and his similar approach to humour — “You know nothing is free in this world,” said Aarish, “to just listen, means you have to pay attention.”

While Aarish is determined to someday create something of his own that will leave a lasting impact on people’s lives, right now he wants to continue to develop his programming abilities and absorb as much knowledge as he can with the help of those around him. 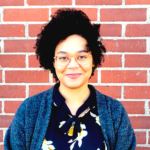